The City University of New York (CUNY) is New York City’s system of public colleges, and the third largest public university system in the United States (after the State University of New York and the Cal State system). Its origins date back to 1847, when the Free Academy, the first free public institution of higher education in the United States, was founded—this school later became City College. Over the years additional four-year, community, and professional schools were added, and today the CUNY system is made up of 25 campuses across the five boroughs.

Even with its long history and widespread impact on the city, CUNY has also been chronically underfunded. Since just 2008, per student funding has declined by 17%. That decline came on the heels of more than two decades of reductions in state funding as a share of CUNY’s budget, creating increased pressure on tuition revenues. During the COVID-19 pandemic, enrollments have declined across the system, further roiling CUNY’s budgets, and the distribution of federal aid funds has been uneven and has rarely filtered down to instructional spaces.

Despite all the challenges, A 2020 study by the Brookings Institution found that six CUNY senior colleges ranked among the top ten colleges and universities in lifting students from low-income families into the middle class. Six CUNY community colleges were also ranked in the top ten two-year institutions for the same metric. These data confirm earlier studies, and a fact that has long been known: CUNY is the most consequential source of social mobility for residents of New York City. This is true in part because CUNY faculty continue to show up for their students, and to foster deep, transformative learning experiences.

This handbook explores how. 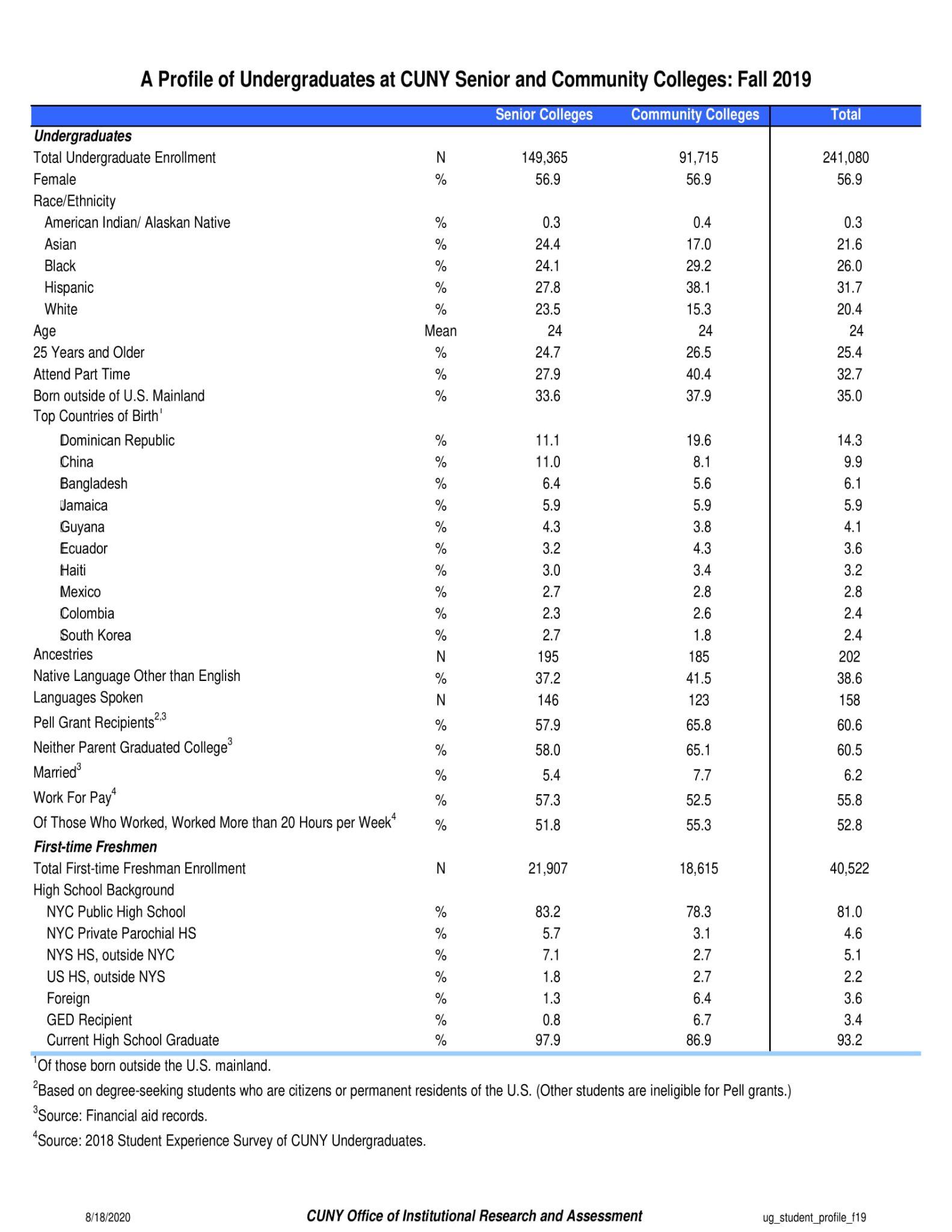 Figure 1. A Profile of Undergraduates at CUNY Senior and Community Colleges (Fall 2019) by the CUNY Office of Institutional Research and Assessment. https://www.cuny.edu/wp-content/uploads/sites/4/page-assets/about/administration/offices/oira/institutional/data/current-student-data-book-by-subject/ug_student_profile_f19.pdf

Beyond the quantifiable demographic information, there are many other characteristics of CUNY students that shape our teaching. In any given CUNY class, it is likely that you will be teaching a combination of students who are enrolled either full or part-time; students who work full or part-time; students who are supporting a caretaker or who are themselves a primary caretaker; and students with visible, invisible, documented, and undocumented disabilities. Caretaker status and work status are also things that can change for students unexpectedly over the course of a semester, and may require your compassion and flexibility. CUNY students reflect New York’s complexity, and they live complex lives.

CUNY students enter the classroom with a wide range of skills and a diversity of previous educational experiences. This may mean that students have different levels of confidence with reading, writing, and speaking in class, but it also means that they may vary widely in how they engage with you as the instructor, or with each other as classmates. This range of experiences and identities makes CUNY’s classrooms vibrant spaces, but it also can make it challenging to support all students equally. Even the most seasoned and committed faculty struggle to make sure their courses are appropriately responsive to the needs of individual students while also serving the class as a whole and adhering to the broader curriculum. Acknowledging and embracing the challenge, and making a commitment to communication and flexibility with your students, can make classes more inclusive and more effective for everyone.