Languages of the Sixties

Languages of the Seventies

Languages of Eighties and Beyond

Evaluate features of languages, focusing on their impact on the software development process, including maintenance. 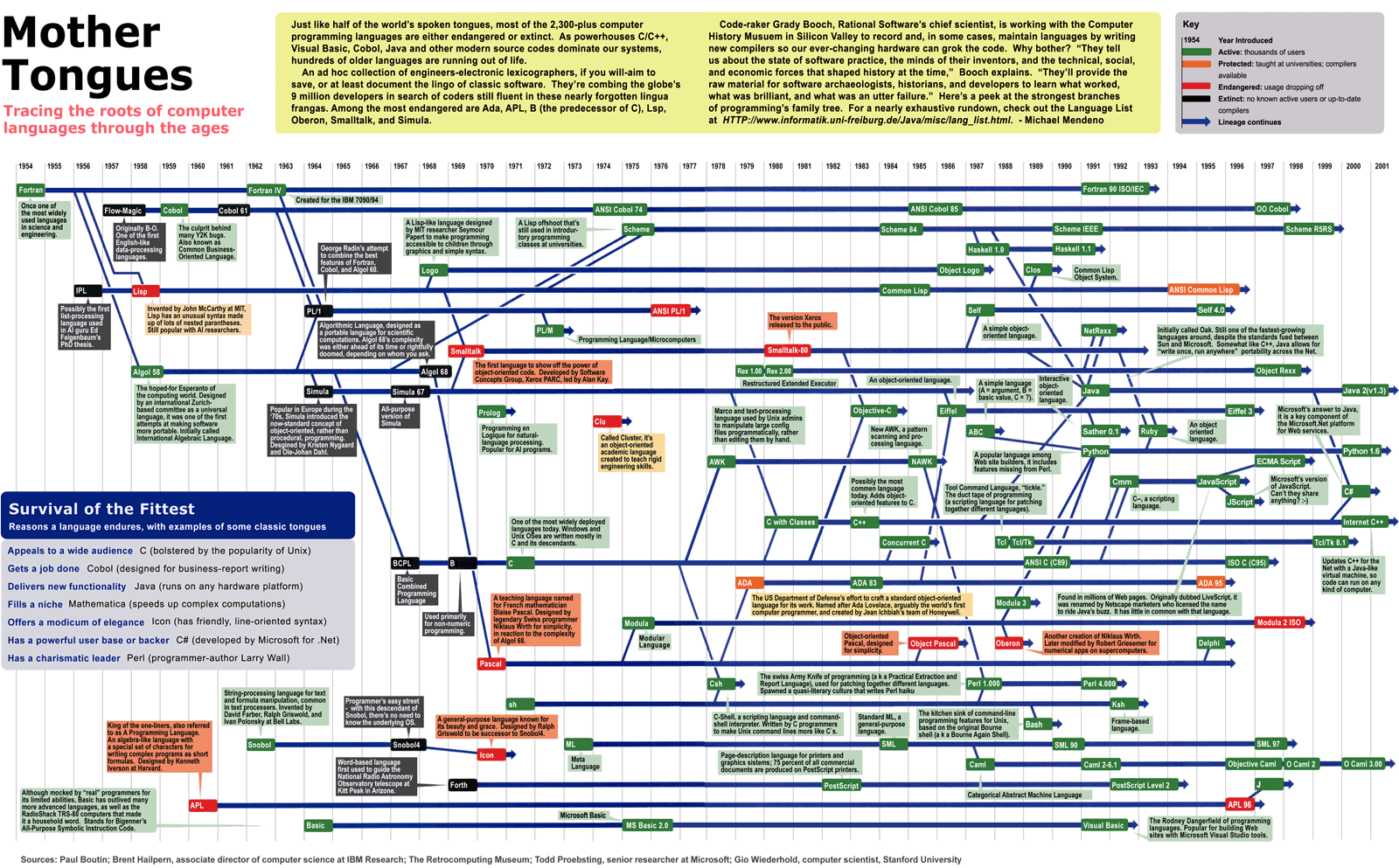 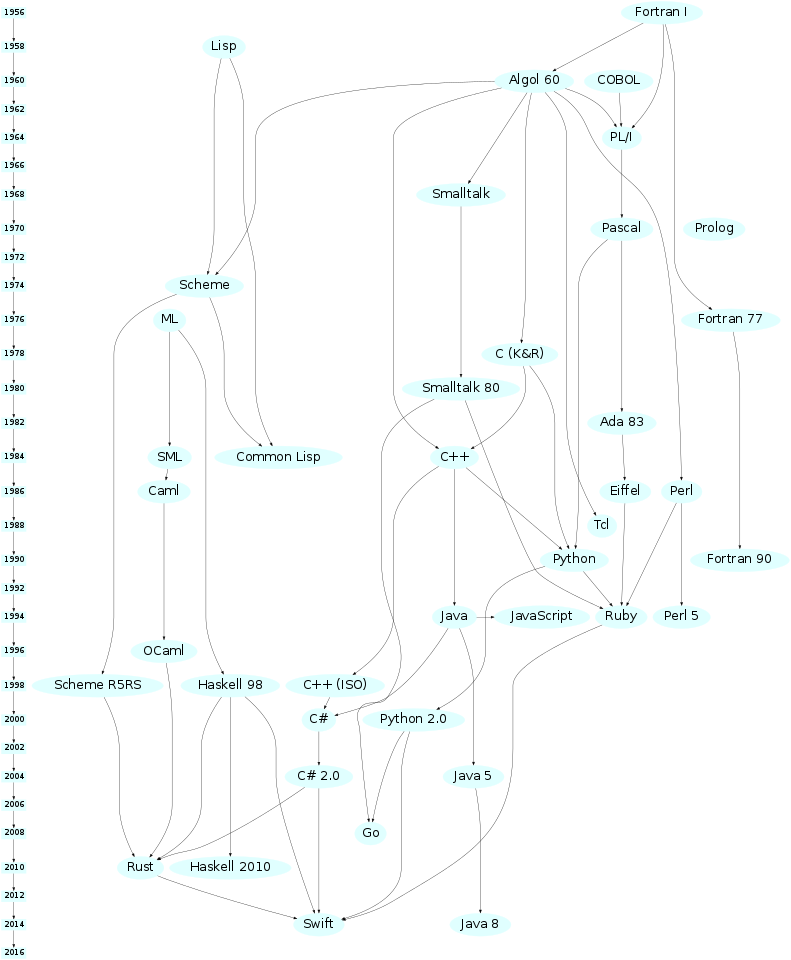 On the left side of the figure above are mostly functional programming languages. As you can see, the languages tend to continue evolving in their paradigm. Sometimes you’ll see different kinds of evolution patterns such as Rust, which is a multi-paradigm language.