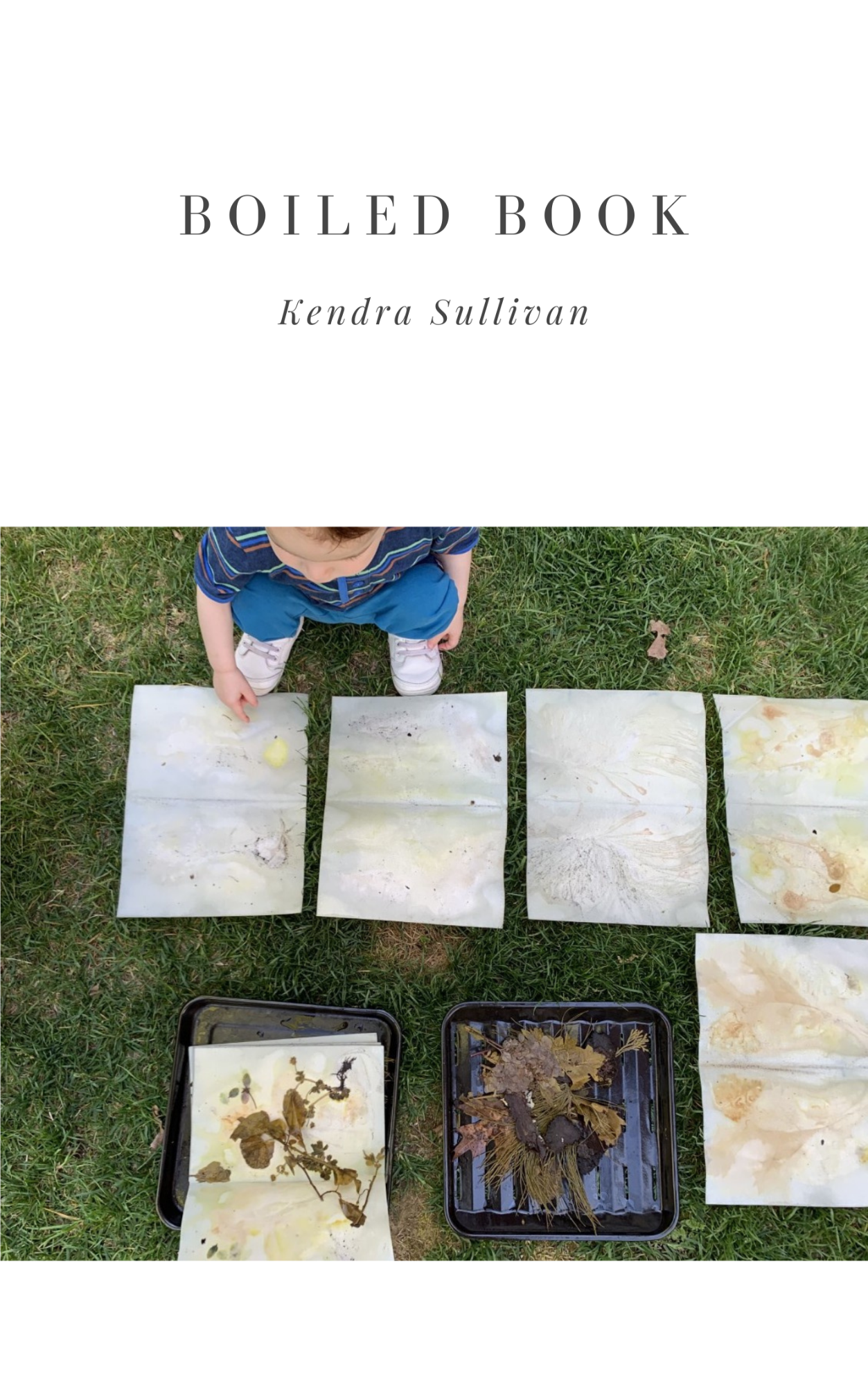 I decided to share a recipe for something inedible. A confection that feeds other hungers and leads out of the kitchen and into the fields and forests. And of course, back again.

Most vegetable matter produces pigment when boiled down but the color of the flower doesn't always indicate dye color.

On a recent walk with my toddler, we collected blue eyed grass, yellow iris, wild onion, butterfly weed, black-eyed susans, and columbine. We also found maidenhair fern, soft sphagnum moss, lichen, some other bryophytes, marsh grasses, and one cat-o-nine tail gone to seed. We saw one pink lady slipper, but didn’t pick it.

Go outside and gather (or ask a friend to go outside and gather) some nearby plant matter. Try not to pick anything that is rare or endangered, or that there is only one of, especially if it supports vulnerable pollinators, or is otherwise precious to someone or singularly integral to its ecosystem.

Do not pick anything poisonous. Stay away from leaves of three, they might be poison ivy, oak, or sumac.

Coat the paper in alum or another fixer (apple cider vinegar or lemon juice should work), but don’t worry if there’s none on hand, the dye will still transfer.

Take the twine and bind the stack of paper very tightly.

Bring a large, enamel stockpot of water to a boil.

Place the bound parcel in the water.

Place the rocks on top of the parcel to ensure it stays submerged for the duration of the boiling process.

Set up a shallow basin filled with cool, fresh water nearby.

Remove the parcel from the water with tongs. Be careful!

Submerge each sheet in water individually. As the plant matter separates from the watercolor paper and floats up to the surface of the bath, various hues and ghostly plant matter patterns become visible on the paper itself.

Leave the sheets out in the sun to dry.

Optional: Write your friends postcards. Or write people you don’t know postcards to remind them to vote for climate defenders. Don’t forget the stamp.

Hint: If you add onion skins or turmeric to the stockpot, they will dye the paper yellow, red cabbage will dye it purple, avocado pits and rinds light pink, beats darker pink, and black beans blue. Just pick something with lots of tannins, crush it, and boil it with salt for at least an hour and the pigmented water will act as a diluted, natural dye.

Conclusion: Cooking is all about transformation. When we slice, grate, chop, mince, and tear organic material we initiate what is called in science a “physical change”. Matter changes physical form but not chemical identity, and nothing new is created. This is sometimes called a “change in state” and other times a “change of phase.” This kind of change is generally understood to be reversible. A good example is: gas to liquid to solid to liquid to gas and back again. In the kitchen, phase change is preface to a more granular and absolute transformation of matter. When we heat, bake, burn, broil, boil, roast, steam, and poach organic material we initiate what is called in science a “chemical change”. Atoms and molecules are rearranged, and new molecules with new chemical properties are created. This kind of change is often described as irreversible. There are several indicators that a chemical change has taken place, and one of them is the production of light. When energy is released due to a chemical change or reaction, combustion occurs, and a light source is created. I take this to signify that light comes right before radical change and readies us for its arrival.