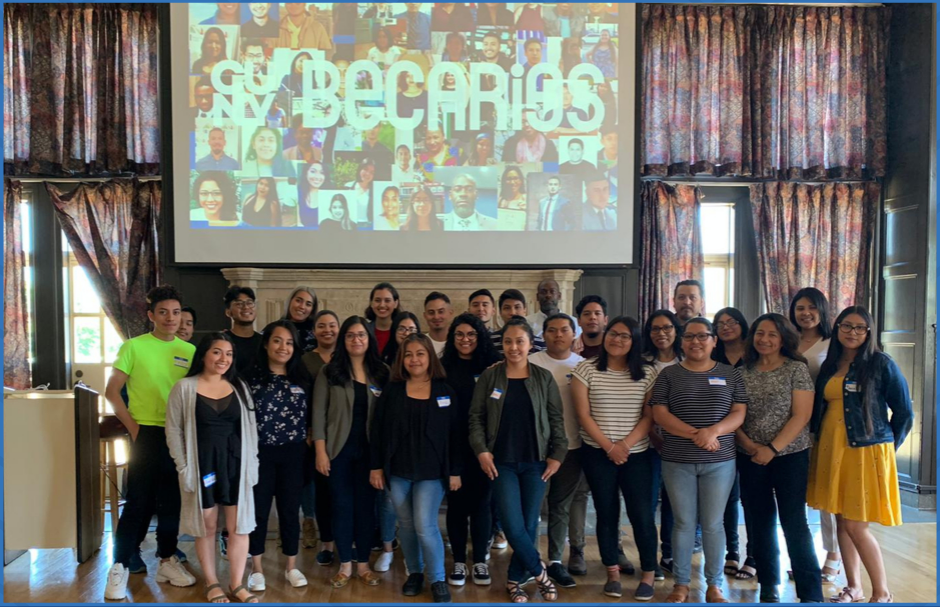 The Hispanic population is growing at a rapid rate in the United States, so is the Hispanic student population; especially the Mexican population. From 1996 to 2016, the number of Hispanic students enrolled in schools, colleges and universities in the United States doubled from 8.8 million to 17.9 million. Hispanic students now make up 22.7 percent of all people enrolled in school.¹New data from the U.S. Census reveal that Mexicans are New York City's fastest-growing ethnic group.² As a result, first-generation Mexican students are pursuing a college education, but many face challenges and hurdles they must overcome. This paper will identify the challenges Mexican students faced while trying to get an education in New York City. Through the semester, four becarios were interviewed. Chelsea Alvarez, Pedro Flores, and Maurico Mino explain some of the challenges they are facing. Problems will be identified and explained as well as solutions available for students.

The "scholarship program" is intended to help current and future community leaders achieve their educational goals. Recipients work closely with the Institute staff and community-based organizations to advance Mexican and immigrant achievements in communities. The criteria for selection are academic performance, financial need, and commitment to service in the immigrant and Mexican community in New York, without consideration of immigration status. Recipients of this scholarship are titled “CUNY Becarios.” The scholarship is awarded for one Academic year. Through the academic year, the recipients of the scholarship must do a 200-hour community service internship, attend professional development skill workshops as well a two-day retreat. The scholarship is not only meant to help the student financially but to develop professional skills, and to network with other students.

All students regardless of Iimmigration status are able to apply for the scholarship. During one of the workshops Becarios felt comfortable enough to disclose information about their immigration status. Some explained that they have the “Daca Status” and others were in the United States illegally. Deferred Action for Childhood Arrivals, also known as DACA, was implemented in 2012. Former President Barack Obama introduced the program as a measure that shields young children who enter into the United States as children or teenagers from deportation. The status is renewable and these individuals must reapply every two years. The recipient of DACA must not have been charged with any criminal acts and must pay a fee of $495. The legislation does not provide a pathway to citizenship.(3) Since the Trump administration moved to end it in 2017, no new applications to the program have been accepted. However, immigrant advocates have managed to keep it partially alive through legal challenges in which lower courts have found that people who already have the status should be able to renew it. DACA allows individuals to go to school, work, and pay taxes. 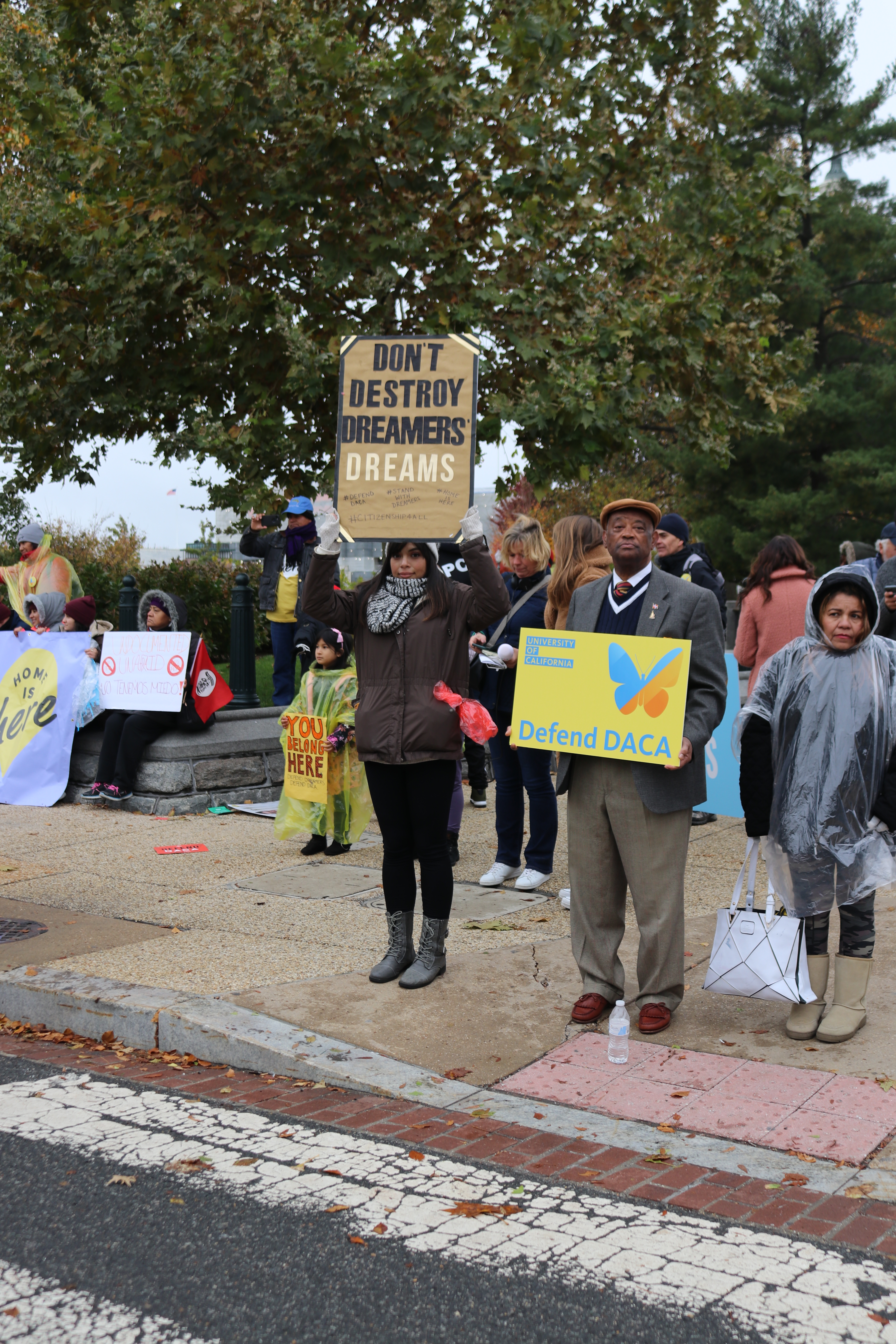 Maurico Mino a Mechanical Engineer student at the City College of New York got Daca status in 2013, one year before graduating High School. Mauricio explained what getting DACA meant for him “Once I got DACA and I was actually able to apply for college, things completely switched for me, cause I was already convinced of the idea I was going to work a regular job like “under the table” getting paid less than minimum wage and it was what it was. That was it for me, but then I got DACA, I was able to apply for college. Once I got the green light, I'm all for it, thanks to DACA I was able to get an internship and work for Delta.”

Mauricio then explained his biggest issue was if his DACA status get repealed he will be unable to continue with his career. The biggest hurdle CUNY Becarios are facing is the termination of DACA. Mauricio “Thanks to Daca I’ve been able to get this awesome part time where I’m a robotics and a coding Instructor. I feel like a lot of things have changed for me, I feel like I’m the same individual but know I’m able to grasp those opportunities. If i didn't have DACA I feel none of these things would have been possible for me, all the things I have been able to live, all the places I've been too, thanks for the opportunities that I had if not for DACA. I feel like for sure I wouldn't have been living the life that I am living right now.”

According to the article “Expecting the Inevitable: DACA and Mental Health”, by Jade Gardener from CUNY Graduate School of Journalism, if DACA gets taken away, Dreamers will suffer from social anxiety, post-traumatic stress disorder, suicide, and avoidance.(4) Post-traumatic stress disorder (PTSD) is a mental health condition that's triggered by a terrifying event — either experiencing it or witnessing it. Symptoms may include flashbacks, nightmares, and severe anxiety, as well as uncontrollable thoughts about the event. (5).This may include experiences that people had to face while traveling to the United States. For example, one of our interviewees, Chelsea Alvarez a full time student at Laguardia Community College majoring in Veterinary Technology, had to leave Mexico because of mass shootings by the Mexican cartel in her village. Chelsea lived in Tijuana Mexico, named one of the most dangerous cities in the World. “I consider myself to be a very lucky individual to be alive, but having to wake up everyday and face my new reality is hard. I have constant flashbacks and trouble with going out in public because I can still hear the sound of gunshots ringing in my ear. I know that I’m safe but my mind still finds it hard to understand that, especially when it comes to trains, the loud noises and crowds trigger an anxiety attack that take an entire day to overcome.”

Social anxiety, the fear of social situations that involve interaction with other people or the fear and anxiety of being negatively judged and evaluated by others, has long been an effect of the “illegal immigrant” stigma. Immigrants can be judged by their level of English Proficiency. Pedro Ramos Flores is a film student at Brooklyn College. Pedro immigrated to the United States at the age of 16 in 2013 unfortunately he doesn't qualify for DACA. Pedro explanes “Mi problema principal fue el idioma y un poco de salud mental, porque muy dificil adaptarme de un país al otro sin embargo donde yo vivía era en un pueblo pequeño no más de 1000 personas y mudarme a una gran ciudad.

Another challenge being faced by Becarios is how they’re going to pay for school. During my interviews, many expressed concern about finances. Excluded from public financial aid because of their immigration status, undocumented youth in the United States frequently depend on schools’ merit-based financial assistance.6 Money is central, and for most Becarios, it’s the one obstacle they all have in common. All of the Becarios interviewed were currently working while studying and received the scholarship because of their high academic standing.

The scholarship has given them a sense of belonging. Through professional workshops, weekend retreats, and internships, the students have found a support system. Many of the Becarios struggle with keeping up with their grades. Managing work and schoolwork has been difficult for some of the Becarios. Pedro expressed concern about managing his time and is frightened of losing the scholarship. If he loses the scholarship it could lead to devastating consequences for him and his family. Although The scholarship has given him hope of continuing his studies, he could lose it if he doesn’t maintain a high academic average. For Pedro it has meant he can cut down his hours “Porque ahora puedo cortar mis horas de trabajo y enfocarme un poco más en mi estudios y no estresarme mucho por la parte de dinero” [ See MVI_ 8364.MP4]

The main struggles that Mexican Students face in trying to get an education in New York City are financial resources, the termination of DACA, and mental health issues. If the Supreme Court decides to terminate DACA, Becarios could be deported, some of whom will be returning to countries they’ve only been to as young children. These students are scared about their future and what lies ahead. Chelsea expressed concern about her future as a veterinarian. “I found a sense of peace with working with animals and I don’t want to have to say goodbye to that and return back to a place of violence where I’m constantly in a state of panic. I have a new chance at life and I’m more than grateful to have this opportunity and I hope others realize how important DACA is to so many people.” 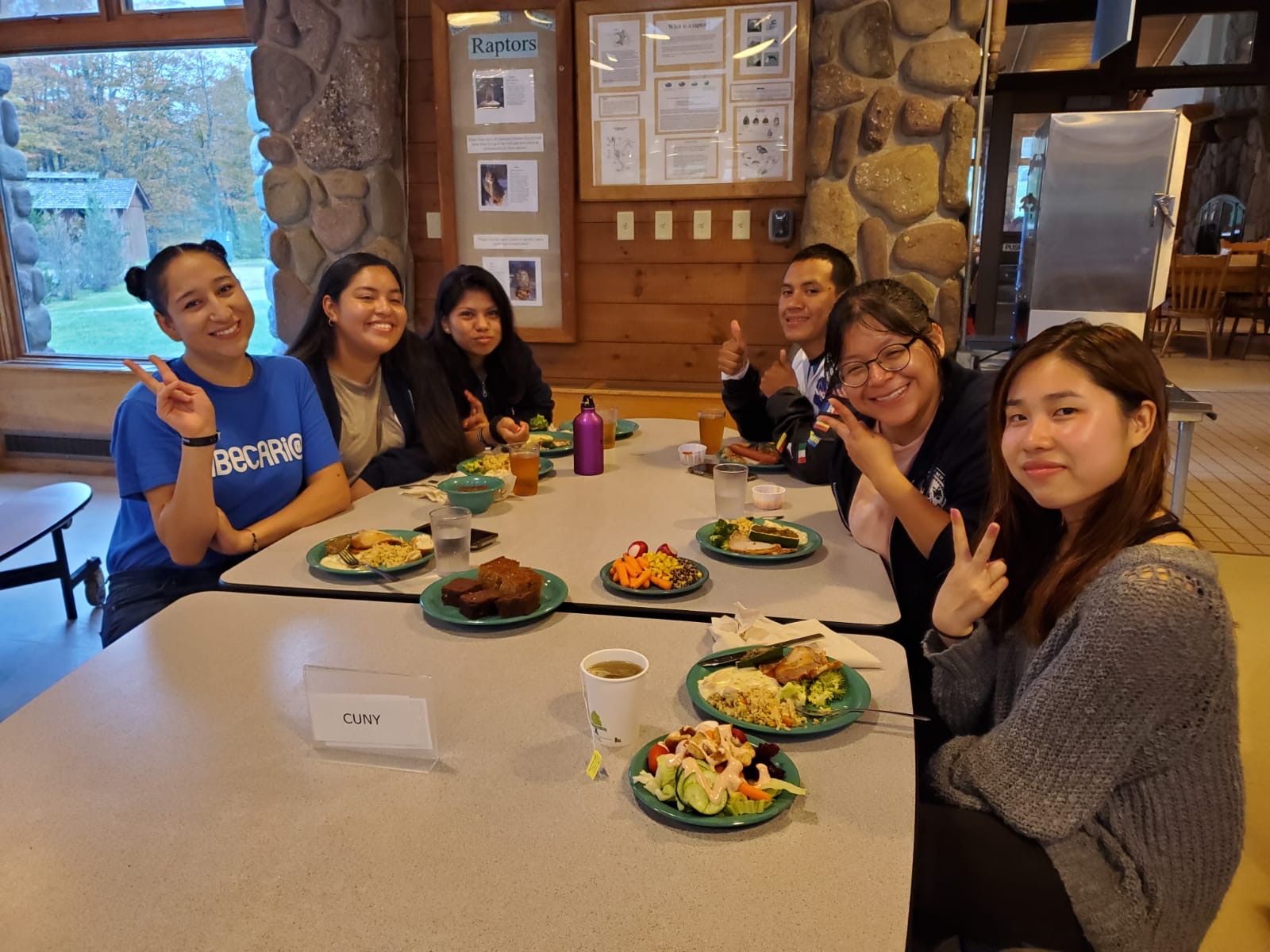 CUNY becarion Having Lunch at the YMCA Retreat. Photo by CInthia Huertero

Parlapiano, Alicia, and Karen Yourish. “A Typical 'Dreamer' Lives in Los Angeles, Is From Mexico and Came to the U.S. at 6 Years Old.” The New York Times, The New York Times, 5 Sept. 2017, https://www.nytimes.com/interactive/2017/09/05/us/politics/who-are-the-dreamers.html?action=click&module=RelatedLinks&pgtype=Article.